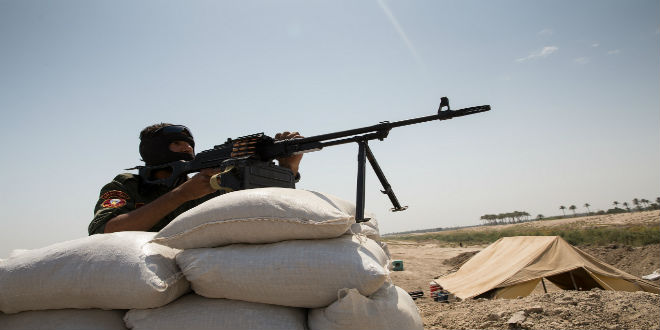 A new report from Amnesty International, released Thursday, indicates that weapons from various countries – including Croatia, Serbia, Bulgaria and Romania – ended up in Iraq with mostly Shiite militias, who used the weapons to commit serious crimes.

Field research and analysis of photographic and video evidence since June 2014 has revealed that these predominantly Shiite militias, fighting against the Islamic State in Iraq alongside Iraqi government troops, have had access to weapons produced in the country. minus 16 countries, mainly USA, Russia and European states.

According to Amnesty, the so-called Popular Mobilization Units, PMU, which officially joined the Iraqi armed forces in 2016, used these weapons to commit war crimes, undertake revenge attacks and other atrocities against Iraqi Sunnis. .

â€œInternational arms suppliers, including the United States, European countries, Russia and Iran, must realize that all arms transfers to Iraq carry a real risk of ending up between the hands of militias with a long history of human rights violations â€. said Patrick Wilcken, arms control and human rights researcher at Amnesty.

The London-based rights group recalled that in 2015 Iraq was the sixth largest importer of heavy weapons in the world.

The report states that PMUs deploy at least 100 types of weapons, ranging from heavy weapons such as tanks and artillery to a variety of small arms, including Kalashnikovs, M-16 automatic rifles, machine guns, handguns and sniper rifles.

Among the weapons identified are Croatian handguns and rifles of the HS Produkt VHS-1 series, Serbian M70 rifles, Romanian PSL sniper rifles, as well as RPK-type machine guns which were manufactured in the former Yugoslavia.

Among the more recently delivered artillery guns deployed by the same militias were the Bulgarian 152mm D-20 and MQ-1M PK machine guns made by Arsenal, likely delivered to Iraq between 2008 and 2011, Amnesty said.

The human rights organization has expressed serious concern about the capacity and willingness of the Iraqi authorities to secure and manage incoming military stocks.

â€œAny state selling arms to Iraq must show that there are strict measures in place to ensure that the weapons are not used by paramilitary militias to flagrantly violate rights. If they haven’t, no transfer should take place, â€Wilcken said.

Amnesty has repeatedly accused Western governments of turning a blind eye to the final destination and purpose of arms exported to Africa and the Middle East.

In May 2016, Amnesty condemned the Balkan countries for selling weapons to Egypt, which it said had used them for murders and torture.

Iraqi forces in Mosul performing ‘at their peak’, says US commander | Iraq