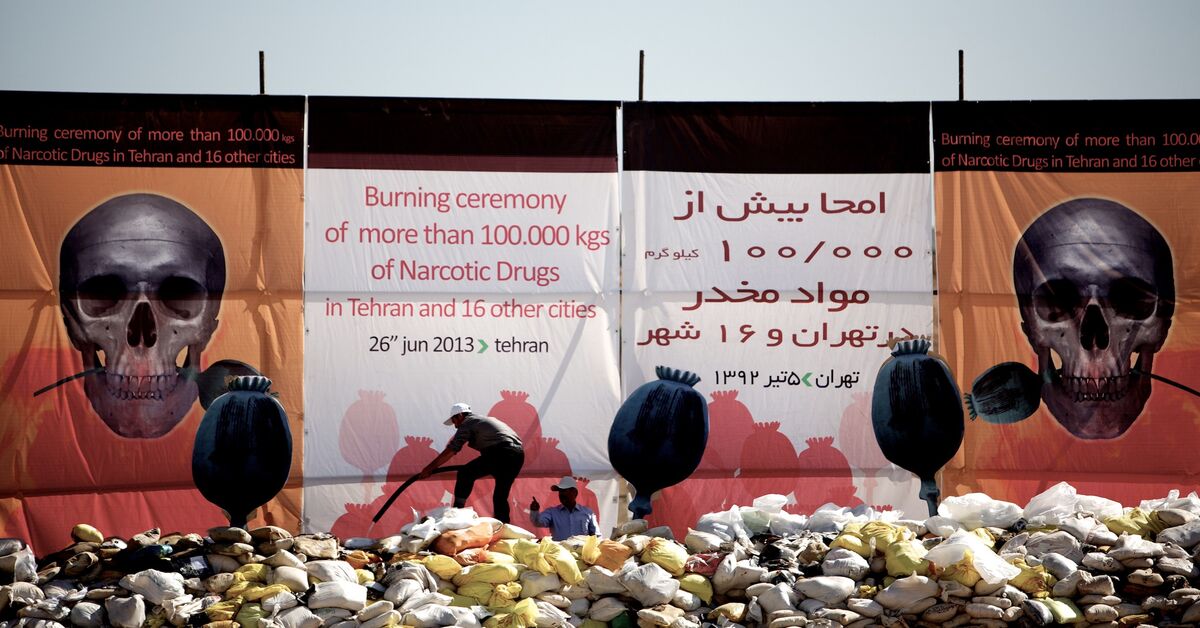 BAGHDAD – An Interior Ministry anti-narcotics general was assassinated on September 5 in the southeastern Iraqi region of Maysan, the same day that the arrest of the director of the national security department of Baghdad was announced. the region for corruption.

The two mark just the latest in a long line of incidents hinting at the growing lawlessness along the country’s border with Iran.

The national security officer killed – Brig. General Qassim Daoud Salman – was shot dead with his driver outside a restaurant near the border. His attackers fled.

The director who was arrested for corruption had accepted a bribe of several thousand dollars from an informant working with the Integrity Commission. A video of his arrest was widely posted on social media, ostensibly to bolster confidence in the country’s security forces amid widespread tension and eroded confidence in their ability to counter mafias and militias.

It was not immediately clear if there was a connection between the arrest and the murder. Sources close to the security forces had not responded to a request for further information at the time of publication.

Last year, the directorate in charge of drug control in Maysan province urged that more detention centers be built as soon as possible due to a sharp increase in the number of drug-related arrests and the inability to house all those arrested, as Al-Monitor reported at the time.

A briefly trending hashtag at the time literally meaning “starve them— a call to “starve” armed groups and “[political] parties [linked to militias]operating in Iraq who are involved in drug trafficking and who use the profits to buy arms and support, acting as de facto mafia-like organisations.

The day before the highly publicized killing and the release of the video this week, Iraq announced that around 300 kilograms of narcotics and millions of tablets had been seized in the country in the first eight months of the year.

This amount, however, is much lower than the regularly reported amount seized across the border in Iran, where drug seizures are more common and the consequences of being caught with drugs tend to be harsher.

It is not uncommon for a single drug seizure to yield over 1,000 kilograms of drugs in Iraq’s eastern neighbour, with which Iraq shares a long porous border through which millions of people cross each year to only religious ceremonies. On the other side, the Iranian border saw a massive influx of Afghans after the country fell to the Taliban in August 2021.

According to the United Nations Office on Drugs and Crime (UNODC), Iran accounted for more than 91% of opium seizures in 2020 and remains one of the main transit countries for drug trafficking in the world. Afghanistan to Europe and other regions.

India also recently seized more than the amount captured by Iraqi authorities in the first eight months of the year, some 312.5 kilograms of methamphetamine, in a single drug seizure against two Afghan nationals in the country. Concerns grew after the Taliban takeover of Afghanistan about a possible increase in the regional drug trade, which will likely affect Iraq as well.

Several Iraqi security agents have told Al-Monitor in recent months that the country is awash in drugs, but little is being done about it – or that it can even be done as long as non-state armed groups continue to be allowed to operate relatively unimpeded. Across the country.

In just one month earlier this year, at least 1,300 people were reportedly arrested on suspicion of being involved in drug trafficking. However, many Iraqis believe that those who control the trade – and the arms – remain relatively untouched and perhaps untouchable.

Earlier this year, the Iraqi Interior Ministry said that cannabis and methamphetamines smuggled from Iran were among the most abused narcotics in Iraq.

Meanwhile, judges and police are being killed for trying to stop the trade, many in the same province as the latest high-profile cases.

Earlier this year, an Iraqi drug judge was shot and killed in Maysan province, while another anti-drug judge had narrowly escaped an attempt on his life a few months earlier in the same province.

Meanwhile, although the eruption of violence that erupted in late August in the most secure central area of ​​the Iraqi capital for nearly 24 hours was brought under control after a powerful cleric called on his supporters to desist and leave In the green zone, the confidence of much of the population has been shaken by the ability of the security forces to protect them from non-state armed groups operating in the country.

An apparent lack of urgency and ability to effect the necessary changes on the part of the political class also appears to be hurting the country’s morale, while the violent outcome of recent protests – with apparently reinforced militias and dozens of deaths – may discourage further protests for the time being.

Hundreds more were injured, many seriously, after RPGs, missiles and gunfire rang out throughout a night that reignited the fears and traumas of decades past.

A number of under-reported incidents of militia burnings and official security headquarters in southern Iraq followed the eruption of violence at the end of August in the capital.

The retaliatory killings and destruction of property are a mark of long-simmering hostility between supporters of powerful Shia cleric Muqtada Al-Sadr and rival Shia militias linked to Iran, including Asaib Ahl al-Haq.

A source in contact with several medical facilities in the key southern port city of Basra told Al-Monitor that an unusually high number of gunshot wounds and other injuries continued to be seen in the days that followed. followed the official “end” of the violence.

As violence and tensions continue, attempts to stem the drug trade are likely to be overshadowed by the establishment of a government approved by the country’s main brokers, if not the people themselves. same.

At the same time, concerns remain that many of those involved in armed power games and cross-border arms movements may in the meantime be further empowered by the lucrative narcotics trade.

21 years after the 9/11 attacks, it’s time to ‘turn the script’ on militarism in America | Guest Comments