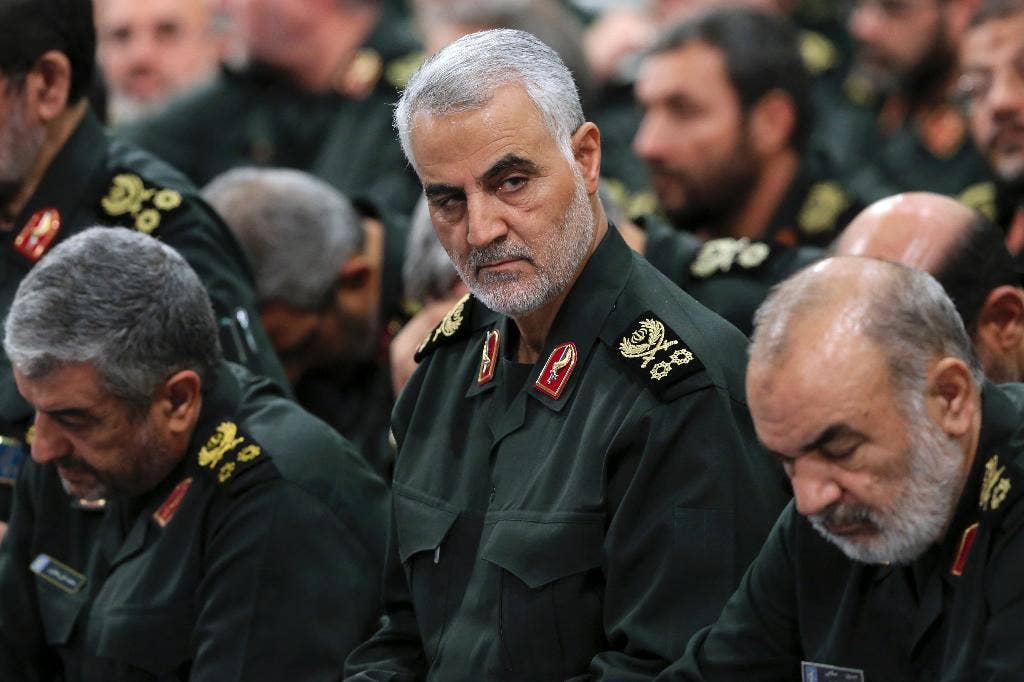 A top Iranian general has told Iran-backed militias in Iraq to ‘prepare for a proxy war’ following heightened tensions between Iran and the United States, which has accused the militias of moving missiles to US forces.

Qassem Soleimani, commander of Iran’s extraterritorial military operations in the Al-Quds Force, called for a meeting with the militias three weeks ago, but the exact timing of the rally remains unclear, the Guardian reported on Thursday.

“It wasn’t a call to arms, but it was close,” an intelligence source told the newspaper.

The meeting likely played a role in the Trump administration’s decision this week to withdraw all non-essential government personnel from Iraq. Secretary of State Mike Pompeo has warned Iraqi officials that Iran-backed militias have moved their missiles near bases housing Americans.

Other countries quickly followed the US threat assessment, with Britain raising threat levels for its troops in Iraq on Thursday. Germany and the Netherlands have suspended a training mission in Iraq.

But intelligence gathered by the US government also appears to suggest that Iran and the US may have misinterpreted each other as being offensive rather than defensive, The Wall Street Journal reported.

Iran apparently thought the United States was planning an attack on Iran, prompting the regime to prepare for counterattacks.

At the same time, some in the Trump administration say the same intelligence also suggests Iran was planning to strike first. Such intelligence may have formed the basis of Pompeo’s assertion during his meeting with senior Iraqi brass.

Iran recently threatened to pull out of the nuclear deal and resume uranium enrichment if no new deal is put in place, while Pompeo told senior Iraqi brass that US intelligence had showed that Iranian-backed militias were moving missiles near bases housing US forces.

Iranian Foreign Minister Mohammad Zarif on Thursday called new sanctions imposed by the Trump administration “unacceptable” but noted the country was committed to the nuclear deal.

“We believe that the escalation by the United States is unacceptable and unjustified. We have shown maximum restraint,” he said during a visit to Japan.

“We believe the escalation by the United States is unacceptable and unwarranted. We have exercised maximum restraint.

US military experts have also suggested that “Iran or its proxies” damaged four commercial vessels off the United Arab Emirates (UAE) on Sunday. Saudi Arabia, meanwhile, has accused Tehran of ordering “terrorist acts” against its pipeline, a drone attack claimed by Iran-allied Houthi rebels in Yemen.

President Trump on Tuesday denied reports that the administration planned to send more than 100,000 troops to the region following heightened tensions in the region, but instead noted that “if we did that, we would send a lot of them. more troops than that.

The Associated Press contributed to this report.