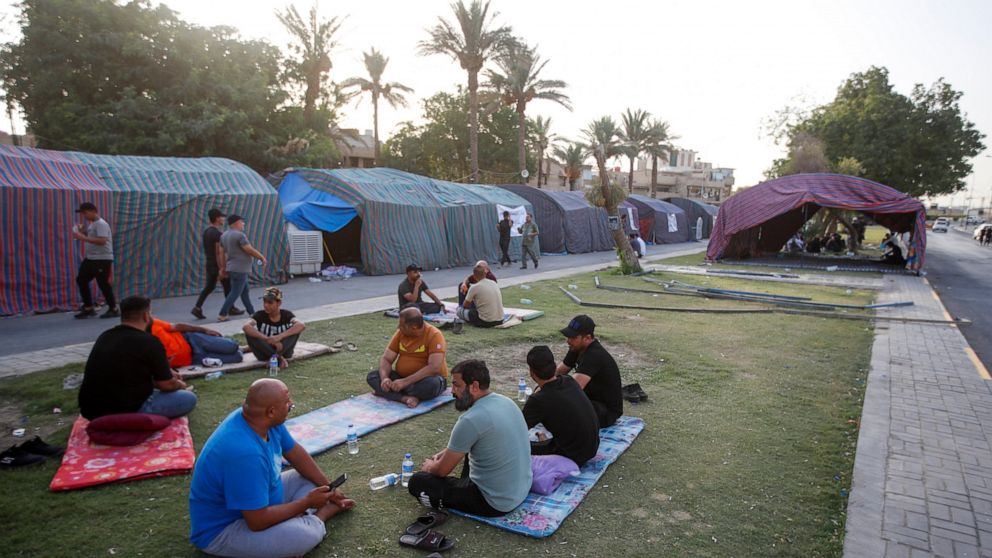 The officials, who spoke on condition of anonymity in accordance with regulations, said Finance Minister Ali Allawi resigned at a Cabinet meeting on Tuesday to protest political conditions. They said Oil Minister Ihsan Abdul-Jabbar would become acting finance minister.

Allawi’s decision came weeks after members of the influential Shiite cleric Muqtada al-Sadr’s parliamentary bloc resigned from parliament and his supporters stormed the parliament building in Baghdad. Al-Sadr later demanded the dissolution of parliament and the holding of early elections.

Al-Sadr won the largest share of seats in last October’s elections, but failed to form a majority government that excluded his Iran-aligned rivals.

Al-Sadr’s political rivals in the Coordination Framework, an alliance of parties backed by Iran, said earlier that parliament should meet to dissolve. They called the storming of parliament by al-Sadr supporters a “coup” and staged demonstrations in support of the government.

Iraq’s political stalemate, now in its 10th month, is the country’s longest since a US-led invasion in 2003 reset the political order.

Iraqi President: National dialogue is the priority to resolve the political impasse