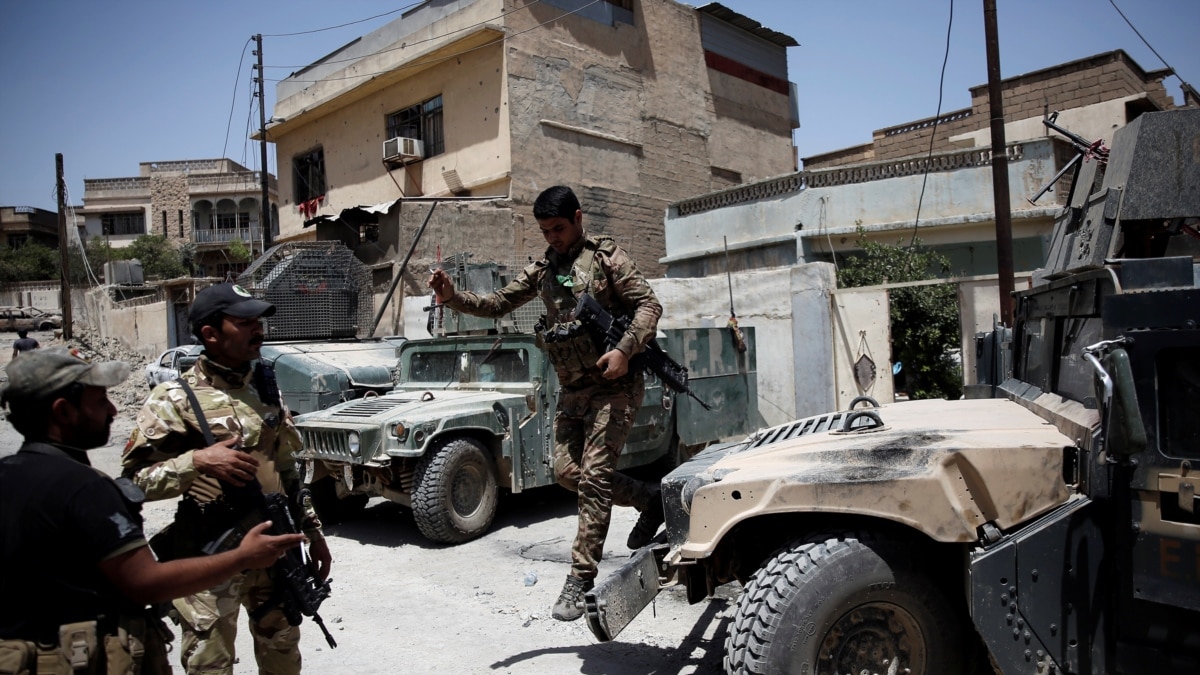 Iraqi armed forces on Saturday launched an operation to seize the last Islamic State-held enclave in Mosul, according to a military statement.

The fall of the city would indeed mark the end of the Iraqi half of the “caliphate” declared nearly three years ago by IS leader Abu Bakr al-Baghdadi, which also covers parts of Syria.

The enclave includes the center of the old city and three adjoining neighborhoods along the west bank of the Tigris.

The US-backed offensive in Mosul, now in its eighth month, has taken longer than expected as militants are entrenched among civilians.

Another military statement announced the death of two Iraqi colonels during Saturday’s fighting.

The Iraqi Air Force dropped leaflets on Friday urging residents to flee, but aid groups say they fear for the safety of those trying to flee.

The push inside the old city coincided with the start of the holy fasting month of Ramadan. The main target of the offensive is the medieval al-Nuri Mosque with its iconic leaning minaret, where IS’s black flag has flown since mid-2014.

Iraqi armed forces hope to seize the mosque – where Baghdadi announced the “caliphate” – in the coming days. Residents of the Old City sounded desperate in phone interviews in recent days.

“We expect death at any time, either by shelling or starvation,” said one, asking not to be identified. “Adults eat one meal a day, either flour or lentil soup.”

The United Nations expressed deep concern for the hundreds of thousands of civilians behind Islamic State lines, in a statement Saturday by the organization’s Under-Secretary-General for Humanitarian Affairs Stephen O’Brien.

“Although the UN is not present in the areas where the fighting is taking place, we have received very disturbing reports of families locked in house bombs and children deliberately targeted by snipers” , did he declare.

Locals said millet, typically used as bird food, is being cooked like rice as food prices have risen tenfold. People have been seen collecting wild mallow plants from abandoned land and eating mulberry leaves and other plants.

Around 700,000 people, about a third of the city’s pre-war population, have already fled, seeking refuge either with friends and relatives or in camps.

Insurgents are also retreating in Syria, mainly in the face of Kurdish-led forces backed by the United States.

The insurgency is expected to continue in the sparsely populated desert region along the Syrian border, even if Mosul is fully captured.

Iran-backed Shiite paramilitary forces are fighting Islamic State in the part of the country where Baghdadi is believed to be, according to US and Iraqi officials.

On Saturday, Iran announced for the first time the death of a senior commander during operations launched in October to drive out Islamist militants from Mosul and the surrounding province of Nineveh.

Shaaban Nassiri, a top commander in Iran’s Islamic Revolutionary Guard Corps (IRGC), was killed west of Mosul, near the border with Syria, according to Mashregh, an Iranian news site.

The IRGC is the main backer of the Iraqi Shiite paramilitary force known as the Popular Mobilization. Iraq’s Shia-led government aims to control the border in coordination with the Iranian-backed Syrian army.

Linking the two sides would give Syrian President Bashar al-Assad a significant advantage in the six-year rebellion against his rule.