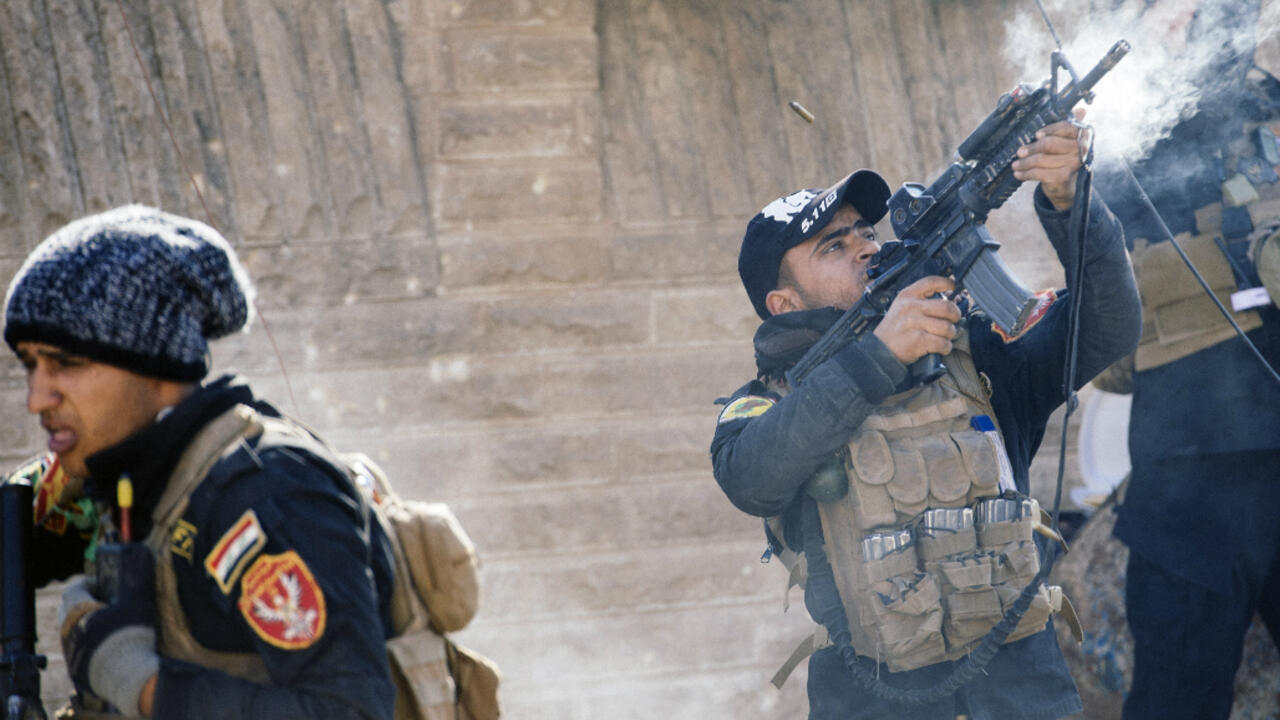 Iraqi forces fighting jihadists in Mosul reached the Tigris River dividing the city on Sunday, a key step and a first since the launch of a major operation in mid-October.

The Islamic State group was on the back foot in Mosul after a week of big gains for Iraqi forces, but launched a deadly campaign of bombings in Baghdad, where two more attacks killed 18 people.

Elite counter-terrorism forces (CTS) have taken control of the eastern end of Mosul’s southernmost bridge, a moral booster in a 12-week-old operation that has encountered many difficulties.

STC forces “reached the Tigris from the eastern (side) of the fourth bridge”, Sabah al-Noman told AFP. The news was also confirmed by Iraqi Army General of Staff Abdulamir Yarallah.

Tens of thousands of Iraqi forces launched an offensive on October 17 to retake Mosul, the last major urban center in Iraq still controlled by the group that seized about a third of the country in 2014.

Several areas around the city, Iraq’s second largest, were quickly recaptured, but the elite forces that pushed into the streets of Mosul itself faced stronger resistance than expected.

By the end of December, the federal advance inside the city had slowed, but a new effort of coordination between the CTS and other forces gave new impetus to the operation.

Iraqi forces, bolstered by increased support from the US-led coalition which carried out the bulk of the airstrikes against IS and deployed military advisers on the ground, made rapid progress in the first week of 2017.

Their push to the banks of the Tigris on Sunday marks a symbolic and tactical victory for Iraqi forces, but they still have a lot of work to do to take full control of eastern Mosul.

Having its eyes on the river should further complicate IS’s already diminished ability to resupply the eastern front with fighters and weapons from the western bank, which it still firmly controls.

Commanders predicted when launching the operation, the largest in years in Iraq, nearly three months ago that the eastern part of the city would be easier to retake.

But diehard jihadist fighters, estimated at between 5,000 and 7,000 before the offensive began, responded with sniper fire, booby traps and a seemingly endless supply of car bombs.

The continued presence in the city of hundreds of thousands of civilians – either forced to stay by IS or reluctant to leave their homes for crowded and cold displacement camps – has hampered the federal advance.

Baghdad and partner aid organizations had predicted an exodus of civilians in the first weeks of the operation, but the flow of fleeing Mosul residents was more limited than expected.

According to the United Nations, more than 135,000 people have been displaced since the beginning of the operation to take over Mosul, including a significant number from outlying areas.

Iraqi Prime Minister Haider al-Abadi promised his forces would rid Iraq of IS by the end of 2016, but later said eliminating the jihadists would take several more months.

The west side of the city is slightly smaller than the east but more densely populated and includes neighborhoods seen as strongholds of support for the Islamic State group.

The jihadists, vastly outnumbered and outgunned in Mosul by federal forces and their allies, have launched a number of diversionary attacks in the past three months.

They also appear to have stepped up suicide bombings in the capital, where at least 18 people were killed in two separate explosions near markets on Sunday.

“A soldier at the entrance to Jamila market opened fire on a car bomb after seeing a suspicious vehicle but the terrorist blew up his car,” Interior Ministry spokesman Saad Maan said. .

At least 12 people died in the blast while six other Iraqis were killed in a second attack at a market in the Baladiyat area, security and hospital officials said.

The blasts were the latest in a string of attacks that have claimed nearly 100 lives since New Year’s Eve.