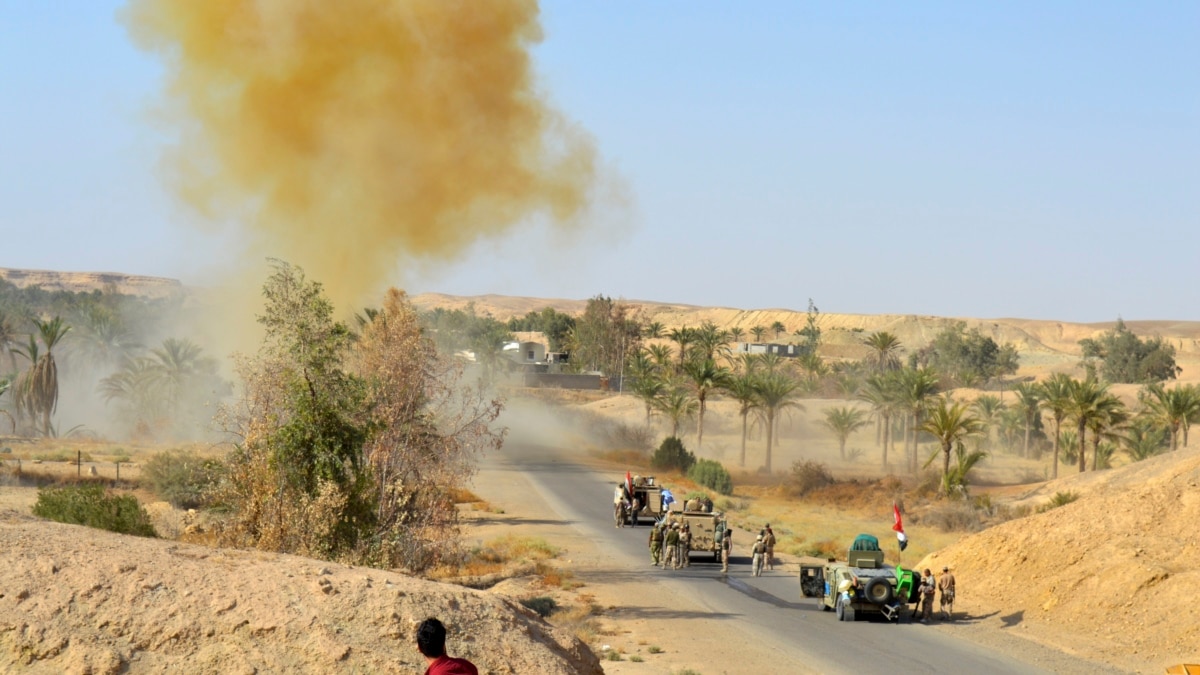 Iraqi forces backed by the US-led coalition are stepping up operations against a resurgent Islamic State (IS) in remote desert border areas, according to Iraqi and US officials.

While much of the international attention is focused on the major offensives aimed at driving IS out of Mosul in northern Iraq and Raqqa, the de facto capital of IS in Syria, the activities of IS in the Iraqi province of Anbar are now attracting more attention from Iraqi and coalition forces.

Iraqi and tribal fighters joined this week to sweep and secure IS areas in and around Rutba, the main town on the road to Jordan. The move came after several dozen members of the Iraqi security forces were killed in IS ambushes in recent weeks.

“We launched this operation to reach the Iraqi-Syrian border,” Iraqi Prime Minister Haider al-Abadi said this week. “And our second step, God willing, will be to control our border to prevent IS terrorists from moving freely.”

The US-led coalition, which has a major military installation known as Ayn al-Asad Air Base in the province, told VOA in a statement that the offensive in western Anbar would be difficult.

“This is an incredibly complex operating environment involving many partners and nations, especially those that share borders,” the anti-ISIS coalition’s Operation Inherent Resolve statement said.

With IS controlling much of the sprawling desert on the Syrian and Jordanian borders, experts say fighting it will take time.

“We are at the beginning of a long journey,” said Michael Knights, an Iraq expert at the Washington Institute for Near East Policy. “I don’t think this offensive that has been announced is a two-month or a three-month offensive. It’s a very long-term, multi-year initiative, and it’s going to require significant international support.”

Anbar, Iraq’s largest province, straddles much of the west and borders Saudi Arabia, Jordan and Syria, all the way to the gates of the capital, Baghdad. Despite its size, it is a sparsely populated Sunni-majority region whose inhabitants are mainly settled near the Euphrates.

Throughout history, various Iraqi governments have struggled to control the province. After the US-led invasion in 2003, violence continued in Anbar and more Americans died fighting insurgent groups than in any other part of the country.

The province appeals to ISIS, which declared a caliphate in 2014. It is not only a Sunni-majority province, but it also has key transport routes to Jordan and Syria, a major oil pipeline, one of the most important dams in Iraq, a number of Iraqi military Bases and the American base.

“To control this region, you need a large number of troops and an advanced military infrastructure,” Sarbaz Hama Amin, a Kurdish commander fighting ISIS in northern Iraq, told VOA. “But more importantly, you need the government across the border to control their territory.”

The Syrian government lost control of most of its border with Iraq when civil war broke out in 2011, and Anbar province became filled with extremist groups infiltrating from Syria.

“Anbar will naturally remain a haven for terrorist groups until Syria is able to control its borders,” Amin said. “But there isn’t a single Syrian soldier on its border now, and it’s unlikely there will be for some time.”

Amin said it is likely the US-led coalition could help Iraqi forces with limited operations to reduce IS’s ability to attack the major cities of Fallujah and Ramadi. But ultimately, the Knights added, Iraqi forces need full control of the province.

“It’s a very big challenge because Iraqis want to open the Amman-Baghdad highway and develop it as an economic corridor,” he said. “There’s no way Gulf truckers are crossing… if you have ISIS guys raiding from the north on this road network.”