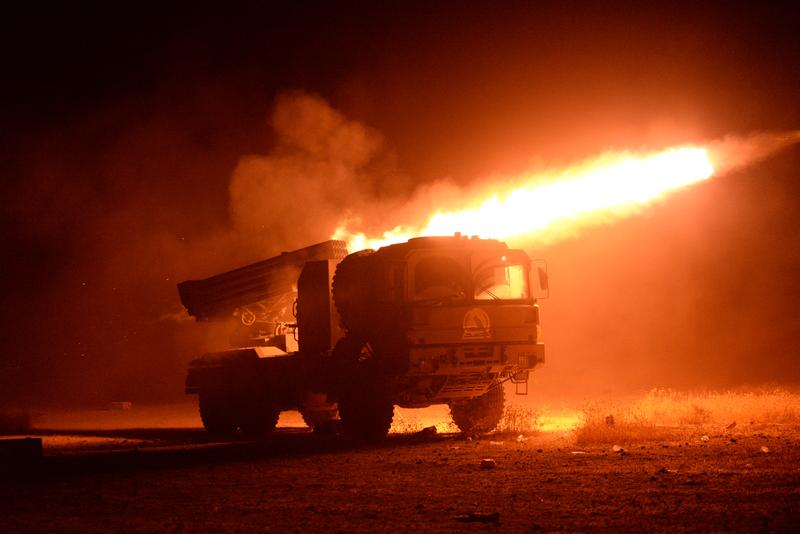 The leaflet drop, announced in an Iraqi military statement, signaled that the decisive offensive to dislodge the militants from their remaining enclave in the northern Iraqi city was imminent.

The US-backed offensive on Mosul, now in its eighth month, has taken longer than expected as militants are entrenched among civilians, retaliating with booby traps, suicide cars and motorcycles, snipers and mortar fire.

Civilians trapped behind Islamic State lines face a dire situation with little food and water, no electricity and limited access to hospitals.

“A short time ago, Iraqi Air Force planes dropped hundreds of thousands of leaflets over the unliberated areas… urging citizens to exit through safe corridors,” a statement said. statement from the Iraqi army.

A resident of Farouq, a neighborhood in the Old City, sounded desperate in a phone interview. “We expect death at any time, either by shelling or starvation,” he said, asking not to be identified for his safety. “Adults eat one meal a day, either flour or lentil soup.”

Humanitarian group Oxfam said the leaflets suggested the move of Iraqi forces to the Old City of Mosul “is imminent… This could imply an official army announcement in the coming days”.

“Save the Children is deeply concerned that any call to leave west Mosul means that civilians, especially children, are at significant risk of being caught in the crossfire,” another aid organization said in a statement. a statement.

Activists laid sheets of corrugated iron on rocks in the alleys as an early warning system, residents said. The creaking noise produced by walking on it alerted them to any movement of troops or civilians trying to escape.

Last week the United Nations said up to 200,000 more people could flee Mosul as fighting moves towards the Old City.

Locals said millet, usually used as bird food, is being cooked like rice as food prices have risen tenfold. People have been seen collecting wild mallow plants from abandoned land and eating mulberry leaves and other types of plants.

Around 700,000, about a third of the city’s pre-war population, have already fled, seeking refuge either with friends and relatives or in camps.

Prime Minister Haider al-Abadi had initially hoped that Mosul would be retaken by the end of 2016.

The fall of Mosul would mark the end of the Iraqi half of the “caliphate” declared nearly three years ago by Islamic State leader Abu Bakr al-Baghdadi, which also covers parts of Syria.

Iraqi military commanders had expressed hope to take control of the Grand al-Nuri mosque in the old city, from which Baghdadi declared the caliphate, before the fasting month of Ramadan, which begins on Saturday or Sunday in Iraq. .

The insurgency is expected to continue in the sparsely populated desert region along the Syrian border, even if Mosul is fully captured.

Iran-backed Shiite paramilitary forces are fighting Islamic State in the part of the country where Baghdadi is believed to be hiding, according to US and Iraqi officials.

The Iraqi Shiite paramilitary force, known as the Popular Mobilization, is nominally under Abadi’s command.

On Friday, it announced that it had captured the Sinjar military base, cutting the road between two towns that remain under Islamic State control west of Mosul, Tal Afar and Baaj, and closing in on the Syrian border.

Linking the two sides would give Assad a significant advantage in the fight against the six-year rebellion against his rule.