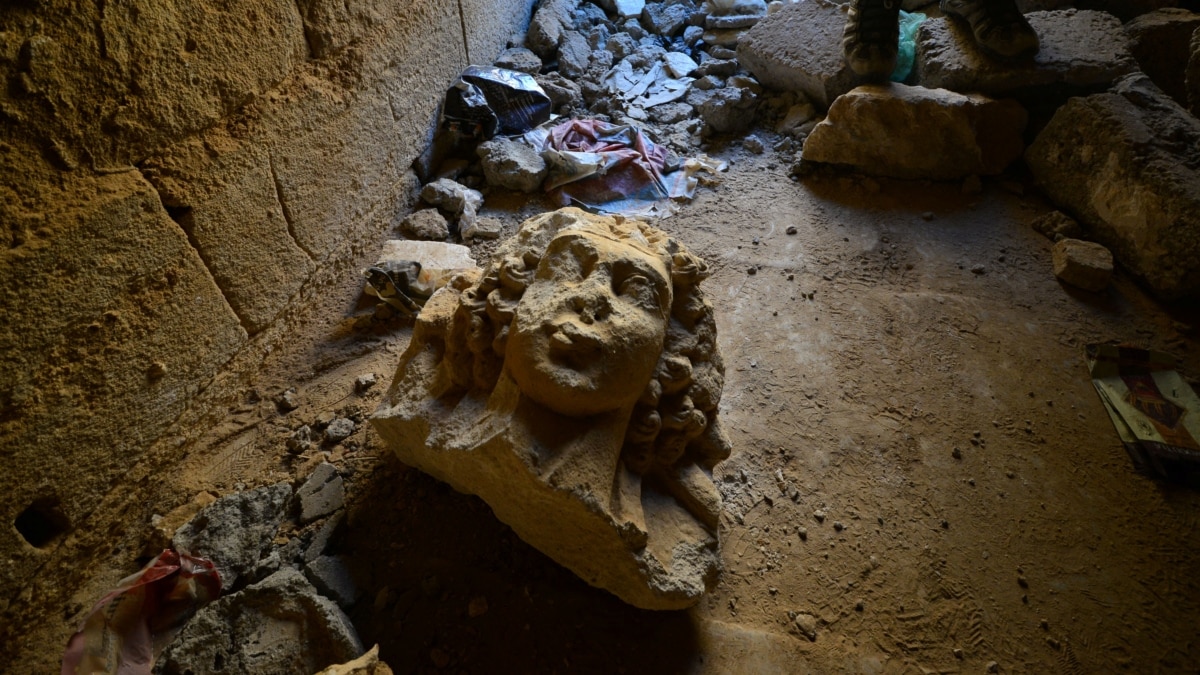 Iraqi militias find relics destroyed by IS in old town

Iraqi militiamen, who drove IS fighters out of the ancient city of Hatra this week, found that ISIS had destroyed relics more than 2,000 years old.

“The carvings and carved images are destroyed, but the walls and towers of the Kingdom of Hatra remain standing,” said Marwa Rashid, spokesperson for the Iraqi Popular Mobilization Forces, a Shiite militia that is chasing ISIS from villages in the Middle East. north of Mosul in northern Iraq.

“There are a lot of holes and scratches on the walls of the kingdom from ISIS bullets,” she said.

PMF units took full control of the historic city, about 110 kilometers southwest of Mosul, after a three-week offensive. His reconquest was part of a regional military operation known as the Muhammad Prophet of God.

Known historically as the ancient city where East meets West, Hatra is a UNESCO World Heritage Site and considered one of Iraq’s archaeological gems and the capital of the first Arab Kingdom. The large fortified site was founded in the 2nd or 3rd century BC and was once a prosperous city under the influence of the Parthian Empire.

Its high and thick walls, reinforced by towers, enabled it to resist the invasions of the Romans in the years 116 and 198. Its temples offer a unique blend of Hellenistic and Roman architecture with oriental decorative elements.

The site remained intact for decades until April 2015, when IS invaded it. Citing Hatra’s “un-Islamic” nature, ISIS began destroying the relics at the site.

In a video released by ISIS after its occupation, IS fighters are seen smashing sculptures with sledgehammers and destroying images and artifacts on ancient walls with assault rifles.

UNESCO, the cultural heritage arm of the United Nations, has called the destruction a war crime and urged political and religious leaders in the region to take note.

â€œThe destruction and looting of the remains of the capital of the first Arab kingdom is a huge loss for the Iraqi people and the world. Its release marks a positive turning point and paves the way for its protection and conservation â€, declared the Director of UNESCO. General Irina Bokova said Thursday.

PMF units said ISIS planted landmines around the site’s eastern gates to deter their advances. Teams of engineers will clear the site of any explosives before allowing Iraqi archaeologists to assess the damage.

Since mid-2014, ISIS has destroyed dozens of historic sites in Iraq and Syria, including mosques, churches and Shia religious halls known as hussainiyas. The group claims that shrines and statues are “false idols” that must be destroyed.

Sermed Alwan, president of the Iraqi Mesopotamian Heritage Association, said the extent of damage to ancient sites nationwide has not yet been determined. But the initial damage tally in Hatra is heartbreaking, he said.

â€œThe loss of the relics of Hatra is enormous for Iraq and for the international community,â€ he said.