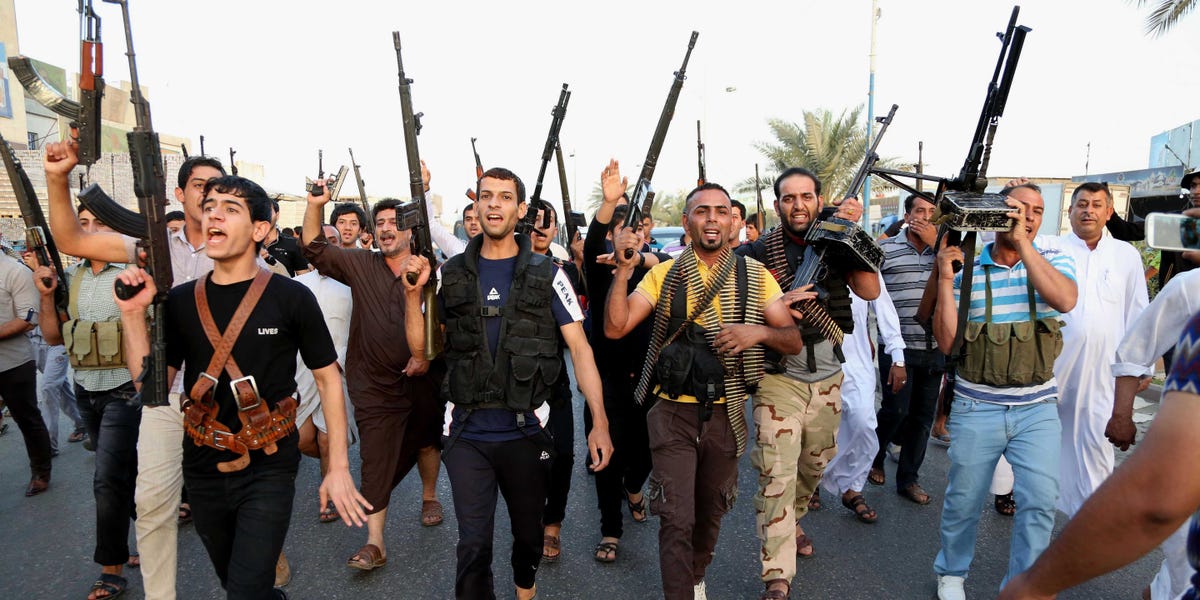 Things look set to get worse in Iraq.

Sunni militants from the Islamic State of Iraq and Syria (ISIS) – now full of looted cash and armed with US weapons and tanks – are closing in on Baghdad, and civilians are joining in droves Shiite militias that rose to prominence during the bloodiest days of the Iraq war.

“This is the start of the Iraqi civil war which was obviously going to break out after we washed our hands of it,” Kenneth Pollack of the Brookings Institution told The Washington Post, while predicting that Iraqi security forces would eventually fight alongside Shiite militiamen and the Iranians.

There has already been widespread sectarian conflict in the country for some time, as much of the country’s Sunni minority views Iraqi Prime Minister Nouri al-Maliki with suspicion and disdain.

But the situation has become more tense in recent days, as militants have taken over the key cities of Fallujah, Tikrit and Mosul. With Mosul to the north, ISIS scored its greatest victory by taking control of the country’s second-largest city, which is home to around 2 million people.

If the Islamic State tries to strike Baghdad, “it is unlikely to seize [it]”, a former senior US defense official told Business Insider, while adding that the city has seen widespread purges and executions of Sunnis under Maliki. Instead of attacking the city, however, they could resort to a terrorist campaign of car bombs and improvised explosive devices.

“I do not think so [ISIS] can go to a predominantly Shia town and not have a bleeding ulcer where they’re just tied up,” a senior retired US Army officer said, speaking on condition of anonymity.

Nevertheless, the Shiites of Baghdad are mobilizing. Thousands of men answered the call to arms of Ayatollah Sistani, 83, who is the highest religious authority for Shiites in Iraq. During Friday prayers, one of its representatives read a statement pronouncing “the legal and national responsibility of anyone who may possess a weapon to possess it in defense of the country, the citizens and the holy places”.