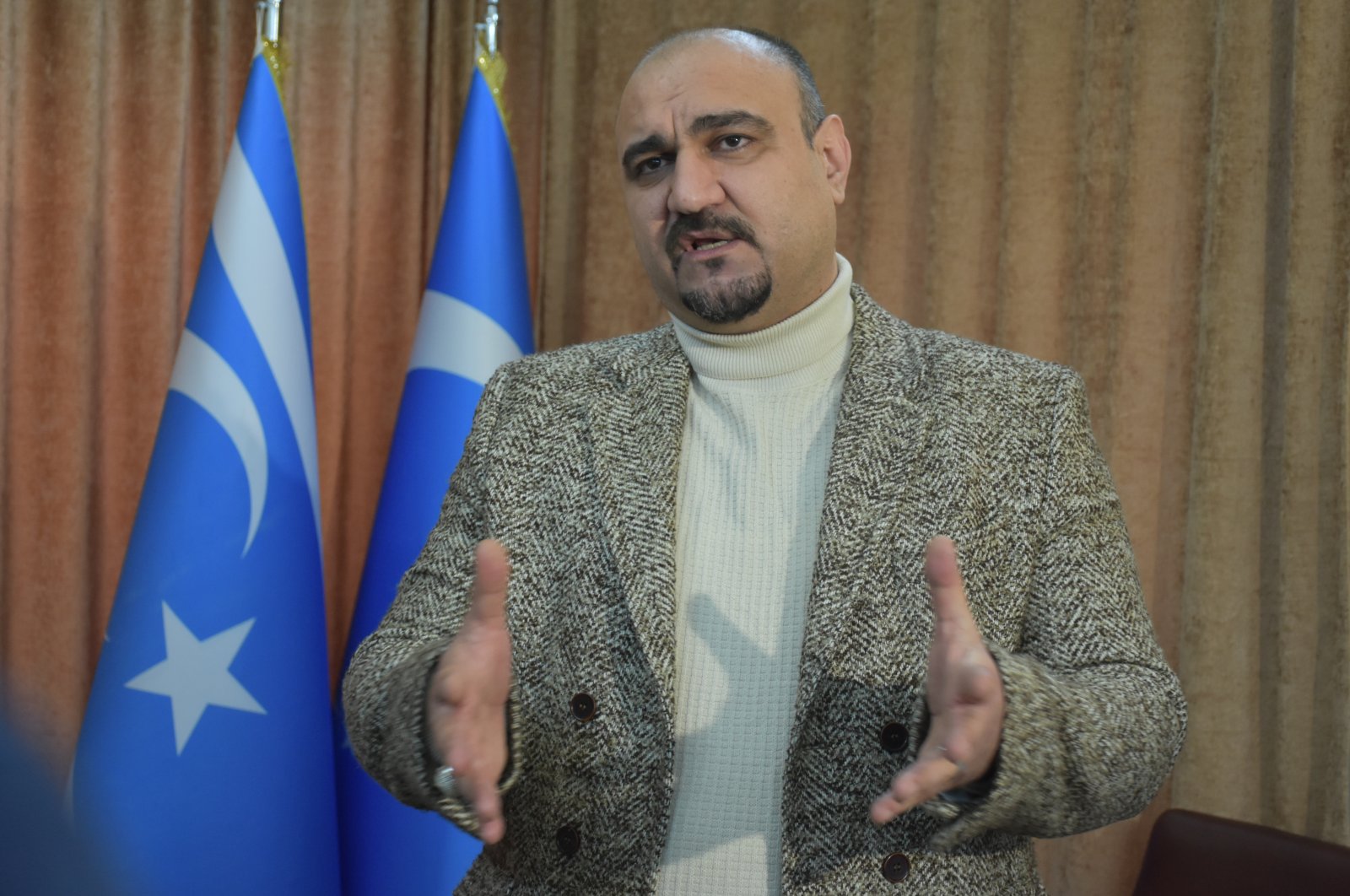 PKK terrorists fleeing Operation Winter Eagle carried out by the Turkish Armed Forces (TSK) on February 2 in northern Iraq and Syria have infiltrated the Iraqi city of Kirkuk disguised as craftsmen, an official has said. local.

After Operation Winter Eagle, PKK terrorists started appearing and settling in Kirkuk as “traders” and “investors” under false identities, Muhammed Saman told Anadolu Agency, spokesperson for the Iraqi Turkmen Front (ITF). YY) Friday. Saman also said that terrorists rented some workplaces in the city, such as wedding halls and cafes.

Stressing that the PKK has rapidly increased its presence in Kirkuk, Saman noted that this puts the lives of Turkmen officials and politicians at risk.

“According to Iraqi intelligence, members of the PKK terrorist organization are also collecting information on road routes as well as home and work addresses of Turkmen officials. If this increases, terrorists will attack Turkmen authorities, including they have information and they are following,” Saman said, pointing out that PKK terrorists, who previously smuggled weapons and drugs and trafficked people across the Iraqi-Syrian border, are now doing oil smuggling in Kirkuk.

He added that the PKK stole oil from an oil field west of the city and smuggled it out of Iraq.

“The PKK cooperates with Daesh”

Stating that the PKK took over parts of Sinjar district in Mosul, using the presence of the Daesh terrorist organization in Iraq years ago, Saman said the same terrorists are now cooperating with Daesh. Saman also noted that the PKK occasionally provides support for Daesh attacks on security forces near Altunköprü district in Kirkuk.

Saman stressed that they expect the Kurdistan Regional Government (KRG) to play a more serious and positive role in the battle against the PKK in Iraq. Noting that the KRG has influence in Baghdad, Saman said the KRG must examine its political and economic relations with Turkey and engage in a serious fight against terrorists.

Turkey has continuously declared that it will not tolerate national security threats and has called on Iraqi officials to take the necessary steps to eliminate terrorists.

Ankara said that if the measures were not taken, it would not hesitate to target the group in Iraq.

The KRG, meanwhile, also described the PKK’s presence in Sinjar as unacceptable and urged the militants to leave the area.

The Turkish military regularly conducts cross-border operations on PKK hideouts and bases in northern Iraq, from which they carry out attacks inside Turkey.

During its more than 40-year terrorist campaign against Turkey, the PKK – listed as a terrorist organization by Turkey, the United States and the European Union – has been responsible for the deaths of nearly 40,000 people, including women and children.

Keep up to date with what is happening in Turkey, in its region and in the world.

Letter from Crystal Miller: Find out and vote on February 15. | The people’s voice