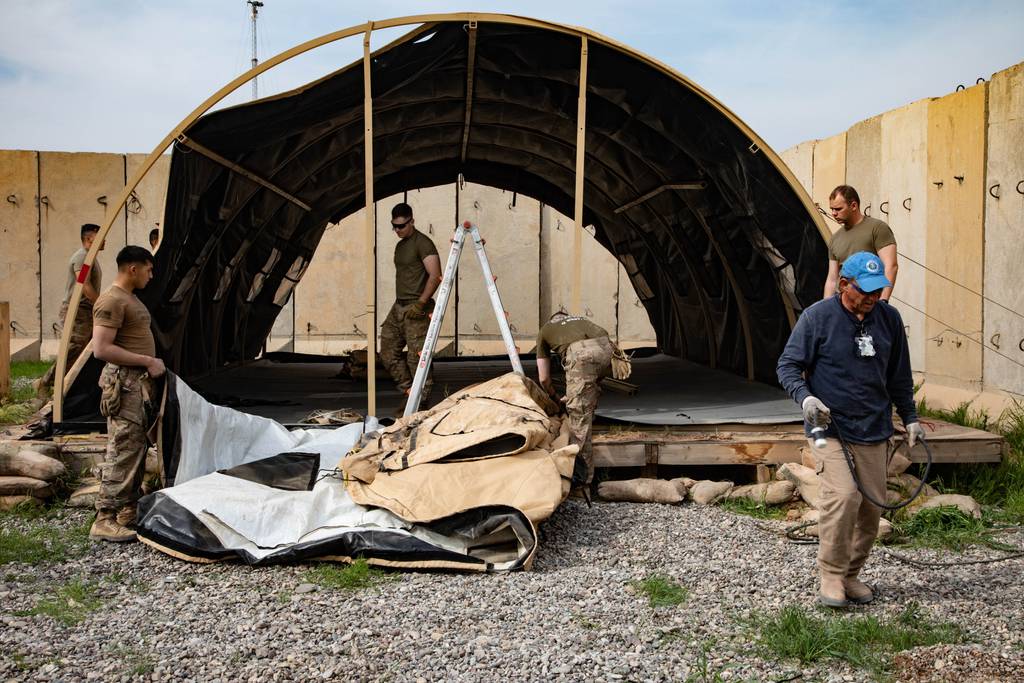 US transfers Q-West airfield to Iraqi forces, citing progress in fight against ISIS

The US military has handed over the base at Qayyarah Airfield West, located just over 30 miles south of Mosul, Iraq.

Operation Inherent Resolve – the US-led mission to defeat ISIS in Iraq and Syria – cited advances in the fight against ISIS as the reason for the base transfer. The IRO said Iraqi forces were “increasingly” conducting independent operations.

â€œThe Qayyarah base served as a strategic launching point for the ISF [Iraqi Security Forces] and Coalition during the Battle of Mosul. In particular, the base serves as a hub for the Iraqi Air Force, which continues to carry out deadly strikes on Daesh sites, â€Barker said in the statement.

The coalition said it plans to continue consolidating its forces from smaller outposts across Iraq in 2020.

In mid-March, the IRO handed over a small strategic base located near the Iraqi-Syrian border known as al-Qaim.

The coalition is still in Iraq, but plans to operate from fewer outposts. Army Col. Myles B. Caggins III, spokesperson for the IRO, tweeted Thursday that “hundreds of soldiers in training are leaving temporarily for the safety of COVID-19”.

The US military has said some coalition troops will withdraw to Iraq and return home, as Iraqi forces have halted all training for fear of spreading COVID-19.

The UK announced on March 19 that it was withdrawing some of its forces from Iraq following a suspension of training across the country for the past 60 days. The UK detailed in a press release that it will keep “key military” service members in Iraq to continue the anti-IS campaign.

“In recent months the pace of training has dropped significantly, which means I am in a position to bring the current training unit back to the UK,” UK Defense Secretary Ben Wallace said in a statement. communicated.

â€œThere remains a significant imprint of the British armed forces within the coalition and elsewhere. We are committed to strengthening Iraq’s security capabilities through our membership in the Global Coalition which has proven so effective and which will continue to support the Iraqi government to achieve stability, â€Wallace said.

â€œToday’s transfer has been coordinated with the Iraqi government and is possible thanks to the efforts and successes of our ISF partners,â€ said Barker.