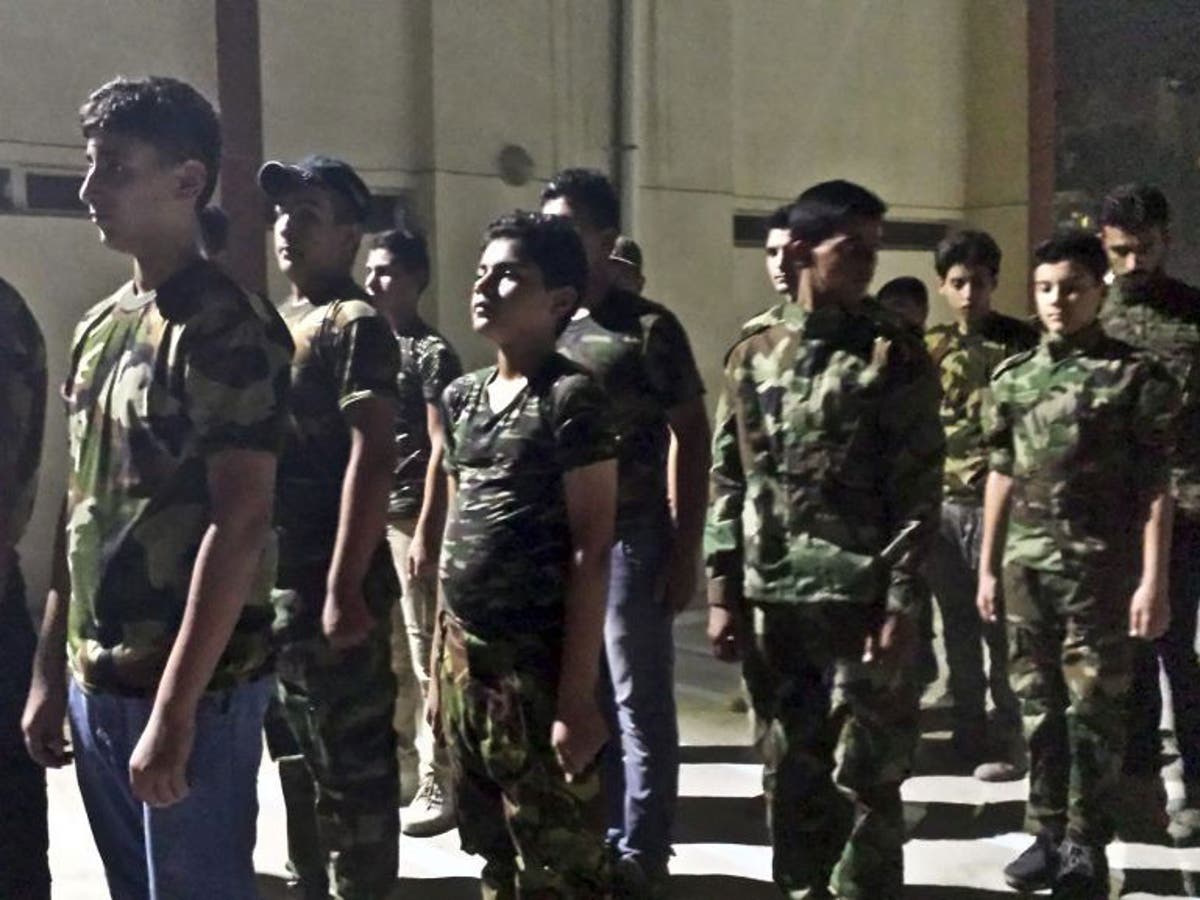 Families said young boys were taken from a camp in northern Iraq earlier this month in the latest reported use of children in Iraq, where the illegal practice has also been documented in the so-called Islamic State and Shiite militias.

Human Rights Watch (HRW) reported that residents of Debaga camp, near Erbil in the Kurdistan Autonomous Region, said tribal militias were recruiting children from among hundreds of refugees.

Witnesses said members of Hashad al-Ashari drove the boys to a town closer to Mosul, where the Iraqi Security Forces (ISF) are preparing to launch an offensive against ISIS’s biggest stronghold in the country. country.

The terrorist group has already been driven out of entire swaths of the country, including the cities of Fallujah, Ramadi and Tikrit.

But the gains have caused millions of Iraqis to flee their homes, including 35,000 people who have taken refuge in Debaga after fleeing battles between government forces and Isis.

A resident told HRW that local militias arrived at the refugee camp with empty trucks and left with them filled with men and boys who volunteered to fight.

Two very large vehicles arrived on August 14, carrying around 250 new recruits, including at least seven under the age of 18, to join forces led by a commander known as Sheikh Nishwan al-Jabouri.

Aid workers believe the boys, as young as 16, will be used to reinforce militia forces near the frontline.

There were allegations of complicity by Iraqi security forces after a man saw men wearing official ISF uniforms in the Debaga camp days before the handover on August 14, as well as members of the militia wearing the uniforms.

The resident, who had fled the Islamic State-held Makhmour district for 21 months before being driven out by Iraqi forces in March, said 10 of his sons had joined the militias.

One of the boys is only 15, he said, but one born in 2001 “went too but they sent him home because they said he was too young”.

His 20-year-old son said the men in his group fought for a week at a time, adding: “We fight alongside the ISF, and our salaries are paid by Baghdad, we are basically part of the Iraqi army.

They receive 447,500 Iraqi dinars (£290) a month, adding that at least four of his militia have been killed and 45 injured in the past six months.

Hashad al-Ashari, a local Sunni fighter group, is expected to play a key role in the operation amid rumors the government may ban the Shia Popular Mobilization Forces after allegations of war crimes including executions summaries and torture.

PMF fighters were also filmed training boys at an anti-Isis “summer camp” in Iraq last year, before sending them to the front lines in Anbar province.

Bill Van Esveld, senior children’s rights researcher at Human Rights Watch, said the Iraqi government and its allies must ensure that anti-Isis forces do not use child soldiers.

“The recruitment of children as fighters for the Mosul operation should be a wake-up call for the Iraqi government,” he said. “The government and its foreign allies must act now, otherwise the children will fight on both sides in Mosul.

Isis has carried out large-scale child abductions and advertises its use of young boys as fighters and suicide bombers, frequently calling them “martyrs” on social media and featuring them in gory propaganda videos.

A United Nations protocol on the involvement of children in armed conflict, which Iraq ratified in 2008, prohibits armed groups from recruiting and using children under the age of 18.

“As parties to the conflict, the United States and other coalition members should pressure the Iraqi government and Iraqi militias to end child recruitment, immediately demobilize children, work towards their reintegration, and penalize appropriately to commanders responsible for child recruitment,” an HRW spokesperson said.

Britain deploys HMS Daring, a Type 45 destroyer, and its 190 crew members in the area this week and has carried out more than 900 airstrikes against ISIS since September 2014.

A recent tally of operations listed the shelling of militants in a cave northwest of Mosul and strikes near Qayyarah and Ramadi last week.

Air support will continue for Iraqi forces as they prepare for the long-awaited assault on Mosul, with a southern city and air base captured from Isis on Thursday.

The UN has warned that the offensive could cause a displacement crisis on a scale not seen for “many years”, as tens of thousands of Iraqis flee their homes.

Assaults on former Isis strongholds of Fallujah and Ramadi have seen entire neighborhoods leveled, with families gunned down by militants as they try to escape or fleeing to find themselves without access to water and a shelter in overcrowded camps.

Following reported abuses in Tikrit earlier this year, Iraq’s prime minister vowed to “not tolerate any violations” against civilians by militias.

Referring to the allegations against the Popular Mobilization Forces, Haider al-Abadi confirmed that members of the militia were suspected of looting, arson and violence, prompting several arrests.

The Iraqi Embassy in London and the Foreign and Commonwealth Office have yet to respond to The Independentrequest for comment.